Where Are the Adoptable Dogs? (or Cats…)

Where Are the Adoptable Dogs? (or Cats…)

It feels good to know you’ve made a difference in the world, even if it’s just a little one, some people find this feeling rescuing animals in need. There are thousands of pets all over the nation that is looking for homes this holiday season and if your home is ready to open your hearts and couch to a new companion here are some places to begin your search.

The obvious start would be local rescues. Local rescues have dogs (and cats as well as potentially other animals) available for adoption year round. Usually, they are pulled from local shelters, some pull from shelters in other areas of the country depending on a need. Like in the north, they’re known to take dogs from the southern states to full the demand for companions since their spay/neuter programs have really made a dent in population control.

Local rescues are also a place to offer donations if you aren’t able to open your home to a new furry friend just yet but want to help.

Rescues should be offering pets that have already been vetted, sterilized, and temperament tested. This is what the ‘adoption fee’ should cover so there should be no extra vetting needed in the near future once you get your new friend home. A good starting point would be doing an area search on petfinder.com.

If you’re set on a specific breed we suggest starting with breed rescue. Don’t be discouraged by distance because some offer transport, or it can be arranged by volunteers, most of the time. Also, sometimes a foster working with the breed rescue may be closer than you think since the fosters can span across the country.

Again, you should expect a dog (or cat etc) to come to you vetted, sterilized & temperament tested to find the best, permanent home for the animal, this is what you pay for with your ‘adoption fee’. To find these rescues you can start with a google for the breed club (example: Golden Retriever Breed Club), these are breeders who care enough about the breed to support breed rescue and usually man one themselves within their breed club. You can also try a general search for “[Breed name] Rescue”.

The dark and gloomy shelter image can keep people from looking at this place as an option for their next companion. Sadly, these are the pets that are most in need of help as they have a high chance of being euthanized in the prime of their life before they hit rescue or a rescue has room for them.

The downfall of adopting directly from a shelter is that normally you are playing Russian roulette and never knowing what you’re getting temperament/health wise until you get home. Some shelters charge a low fee to get the pet out of the pound to cover upkeep while you’re responsible for the surgical sterilization & vetting while others ask for a larger fee that will cover a spay or neuter by their shelter and basic vaccinations.

Also be aware that while the shelter and pounds are a great place to start it can also harbor diseases that you could bring home to your existing pets like parvo because they have to take in unknown strays from their area with unknown vetting etc. Usually, there is a much lower risk of dragging these nasties home from reputable rescues, just keep that in mind and keep your new shelter pet in quarantine for at least 2 weeks and get them fully checked out.

These are just a few suggested places to find your next furry cuddle buddy. 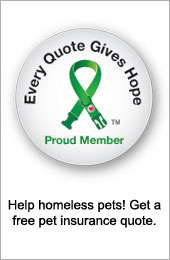